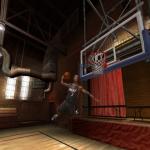 This is Wayback Wednesday, your midweek blast from the past! In this feature, we dig into the archives, look back at the history of basketball gaming, and indulge in some nostalgia. Check in every Wednesday for retrospectives and other features on older versions of NBA Live, NBA 2K, and old school basketball video games in general. You’ll also find old NLSC editorials re-published with added commentary, and other flashback content. This week, I’m taking a look back at the Tandy Rec Center in NBA Live 06.

In addition to the commendable job that EA Sports has done with the team arenas in NBA Live, the series has boasted some interesting and well-designed venues beyond the NBA hardwood. From the street courts in NBA Live 2003 to The Temple in the Xbox 360 versions of NBA Live 06 and 07, to The Hangar and the global courts we’re set to experience in NBA Live 19, NBA Live’s art team has done some great things with real and fictional venues alike. One practice venue that doesn’t get mentioned very often however is the Tandy Rec Center in the PC version of NBA Live 06.

A little out of the norm for a sim-oriented NBA video game, it nevertheless stands out as one of the more unique venues featured in the NBA Live series. Since I’ve already taken a look back at several of the old practice and 1-on-1 courts in NBA Live, I felt it would only be fitting to profile this distinctive gym from one of my all-time favourite games. Let’s take a look back…way back…

Following the introduction of a generic team gym in NBA Live 2003, EA stuck with the same basic design for the default practice court in NBA Live 2004 and 2005. By the time NBA Live 06 came along, the art team clearly wanted to shake things up. This resulted in the creation of The Temple in the Xbox 360 version of the game, which I’ve covered in a previous feature. However, the team that was working on the prior gen version went in a completely different direction. While it would’ve been possible to create an approximation of The Temple on PC, Xbox and PlayStation 2 – as this classic mod demonstrates – they instead opted for the Tandy Rec Center. 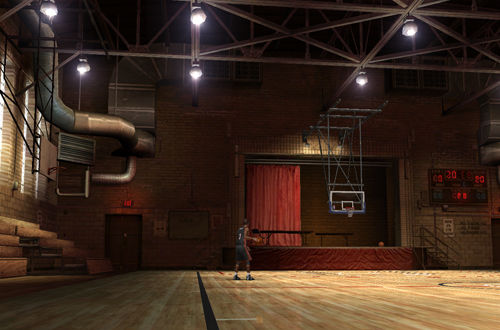 Presumably The Temple was a 360 exclusive because of its “next gen” aesthetic, but it’s unclear as to why the Tandy Rec Center was chosen for NBA Live 06’s practice court. It had been featured in NBA Street V3, though – meaning EA already had the assets – and perhaps felt a little more creative than a generic team gym. In any event, it was represented superbly to the last detail. As with the real venue, the backboards are suspended from the upper walls. The stage is present at the baseline, with a couple of tables on it. While you can’t get up there with your player and interact with them, and the curtain is permanently drawn half way, they are rendered as 3D models.

At the other end of the court, there is an Exit and a few other doors. The brick walls are adorned with a couple of posters, and a bulletin board. In a couple of places, there are notices painted in big black letters making it clear that No Smoking and No Food is allowed in the gym. Bleachers are placed on either side of the court, while a simple digital scoreboard can be found off to the side of the stage. Four old backboards with weathered hoops and no nets are also hung by the bleachers. No doubt they’d be used for drills, though it isn’t possible for your player to shoot at any of them. Pipes and vents stand out against the brown bricks of the gym’s walls.

While the Tandy Rec Center lacks the brightness and flair of other practice venues, I do like it. It’s always reminded me a little of the court in my old high school hall, as well as the hall at another local high school where my team used to practice, which even had a stage along the baseline. I have fond memories of my teammates and I vaulting up onto the stage to chase loose balls, not to mention the countless drills we ran and pickup games we played. As such, going into Practice mode in NBA Live 06 and seeing the Tandy Rec Center is not only nostalgic in terms of video games, but also reminds me of my days playing in the local junior league. 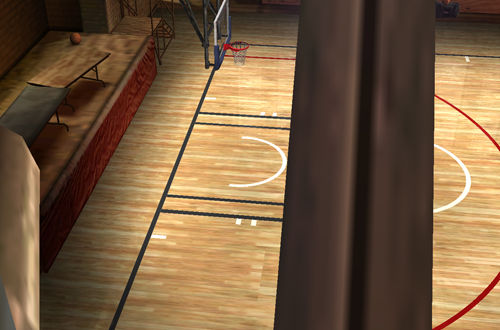 Perhaps it evoked similar fond memories for members of the NBA Live 06 art team, although it could simply be enthusiasm for and cross-promotion with NBA Street V3, which was released earlier that same year. Whatever the case may be, it definitely was a unique and creative idea. Although I do believe the developers made an appropriate thematic choice by returning to more of an NBA-style practice facility in NBA Live 07 and NBA Live 08 PC – an approach they’d also adopt with the new gen version of the game, post-Temple – it was a fun and interesting concept all the same. Once again, they really nailed all the little details of the Tandy Rec Center.

Unfortunately, the design was a little buggy. When playing on a broadcast angle, the camera was situated high above the bleachers. This meant that a couple of the beams and lights would obstruct your view when the players were in the paint, which was obviously inconvenient. Given that the baseline angle was the default camera in NBA Live 06, it’s likely the devs expected most gamers to play on that angle, and perhaps didn’t even test out the court on the broadcast camera setting. With that in mind, even if you prefer the broadcast angle for 5-on-5 games, it’s recommended that you use the baseline angle for 1-on-1 play and the Slam Dunk School.

The unique setting, models, and textures also make the gym a potentially useful base for a range of mods. With a few changes, it could be the perfect setting for some sort of Rec League or Pro-Am roster. Mixing and matching the assets with other court and arena files could result in some interesting creations. As I’ve noted in other articles, I’ve toyed around with the idea of making some kind of Fallout-themed court mod, and considered the possibility of using this court as the base. If some of the textures were made to look more dilapidated, and a few of the propaganda posters added to the walls, it would look like something right out of the Fallout universe. 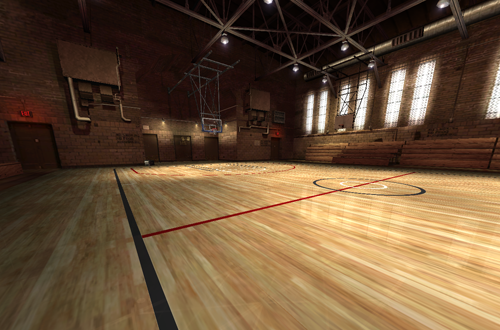 Speaking of messing around the files, it should also be noted that while the traditional practice gym isn’t accessible in-game – either for 1-on-1 play or Practice – the files are actually present. Interestingly, if you browse through the textures, there’s a banner that features NCAA March Madness 06 branding. Other than that, it’s basically the same court as the one that was featured in NBA Live 2004 and 2005. This suggests that it was originally intended to be used in 06, either as the main practice court or as one of the alternatives for 1-on-1. It’s possible the Rec Center was added somewhat late in development, in order to have a special practice court in lieu of featuring The Temple.

Whatever the reason for including the Tandy Rec Center, it resulted in a distinctive practice court for NBA Live 06. It’s the kind of venue we might expect to see in The Streets these days, and was a cool idea back in 2005 as well. It arguably even has some modding potential that remains untapped. The Tandy Rec Center may not be The Hangar or The Temple, Rucker Park or Seattle Pacific University, or even some of NBA Live’s more stylish practice facilities, but it’s certainly a memorable aesthetic. Whether practising for the dunk contest, learning some new moves, or playing some 1-on-1, the authentic-looking Tandy Rec Center was a fun addition to NBA Live 06. 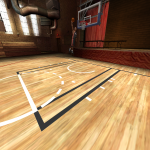 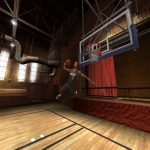 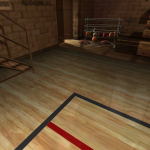 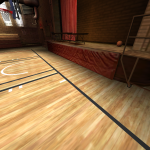 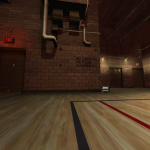 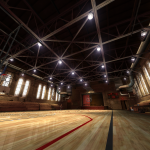 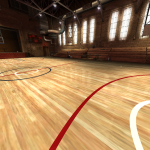 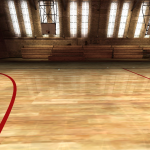 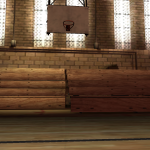 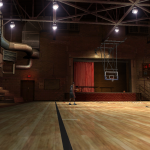 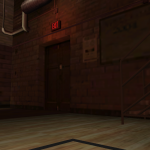 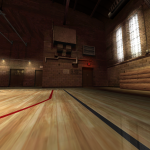 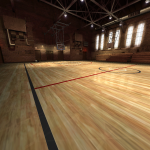 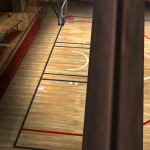