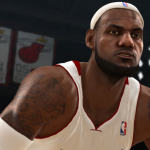 This is Wayback Wednesday, your midweek blast from the past! From retrospectives of basketball games and their interesting features, to republished articles and looking at NBA history through the lens of the virtual hardwood, Wednesdays at the NLSC are for going back in time. This week, I’m taking a look back at the fall of NBA Live 13, and its lasting impact on the NBA Live series.

When I covered NBA Elite 11 and NBA Live 13 for our 25th Anniversary of NBA Live content, it wasn’t the easiest article to write. Not only was it delving into major low points for the series in the midst of celebrating a milestone, but it’s talking about games that didn’t come out and most of us have never played, apart from the NBA Elite 11 demo. Of course, the full version of NBA Elite 11 has since leaked online, which has given gamers the opportunity to play it via emulation. There are some mixed opinions, but the general consensus is that it’s on par with the demo.

To that end, there’s a reasonably clear picture of NBA Elite 11: a full preview season, a widely-panned demo, leaked copies in the wild that people got their hands on, and a ripped version that finally gave more gamers a hands-on look. Conversely, NBA Live 13 remains more of a mystery. The previews were mostly vague about details before they stopped, and not much else has been revealed about the cancelled game except that it wasn’t close to being good enough. Still, despite being canned, NBA Live 13 had a lasting impact on the series and community. Let’s take a look back…way back…

As NBA Live 13 was being developed, there was still some optimism surrounding the series. NBA Elite 11 had been a disaster, yes, and the announcement that NBA Live would be taking another year off for the 2012 season did raise some concerns. At the same time, it inspired some hope. Instead of rushing back with another half-baked game or leaving us guessing, EA Sports appeared to be taking their time and getting everything in order to make a strong comeback. At least, that was the optimistic take on the situation. Even if we were sceptical about the quality of the game, it appeared as though NBA Live 13 was at least on the way when it was confirmed in February. 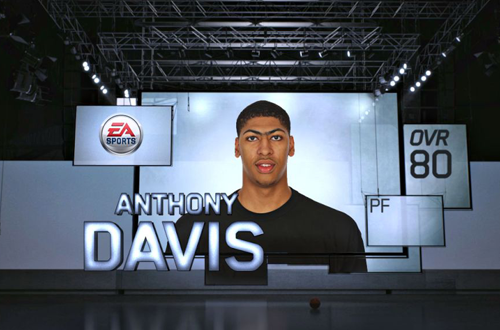 After a long period of silence – which should seem very familiar now – EA Sports were talking about NBA Live 13. They were involving the community, forming the NBA Live Advisory Council. Early reports from the Council expressed optimism, which was naturally encouraging. Gaming journalists were writing articles about the series’ comeback, and developers were giving interviews. Behind-the-scenes videos of players visiting the EA Tiburon studio were being posted. The game appeared at E3 2012, with screenshots and clips coming out of the event. Its “Playmaker” engine was being touted, and upcoming rookie ratings were revealed during the 2013 NBA Draft.

Digging through our archives, I was reminded of just how much coverage there was of NBA Live 13 through to June 2012. From profiles and opinion pieces to interviews and early previews, it was in the news, even if details were vague. And then…silence. Following the 2013 Draft, news and interviews dried up. NBA Live 13 was pulled from a media event in August, and while reports at the time stressed that it hadn’t been cancelled, the fact that the subject of cancellation had been broached was concerning. Following the leak of some pre-alpha footage, it was reportedly set to be a digital-only release. After the first look trailer, it was pushed back, and eventually cancelled.

The cancellation wasn’t surprising by that point, but it was disappointing. Of course, the disappointment was slightly mitigated by the fact that NBA 2K was achieving new heights, and hadn’t yet become riddled with pushy recurrent revenue mechanics. While the loss of another NBA Live title stung those of us who had grown up with the series, there wasn’t the same exasperation with NBA 2K, and desperation for there to be a viable competitor in the space that we now feel. It was unfortunate, but many felt that we didn’t need NBA Live anymore, and were delighted at being able to giggle at its struggles and dance on its grave. The 2K Fanboy Movement was in full swing. 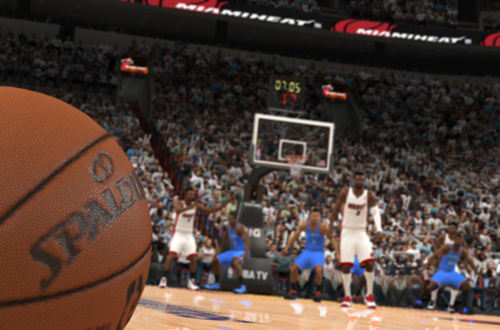 Not that criticism of NBA Live was unwarranted, of course. We don’t know too many specifics about how NBA Live 13 was bad, but we can glean that it was extremely subpar. There was apparently a disastrous playtesting session where the Advisory Council made it clear that the game was shaping up terribly, which sent the dev team into a panic. Considering the quality of NBA Live 14, if NBA Live 13 wasn’t even good enough to be released, then it must’ve been close to unplayable! Sean O’Brien confirmed to us that it was a mess he wanted scrapped if he was to come on board. As a sidenote, he also revealed that the unannounced cover player was Dwyane Wade.

Even though NBA Live showed flashes of promise under Sean’s leadership, the damage caused by that point had a lasting impact. Obviously that began with NBA Elite 11’s failures, but in a way, NBA Live 13 was worse. NBA Elite 11 had been a huge misstep after NBA Live 10, but to that point, NBA Live 10 had been received quite well. It didn’t seem unbelievable that after scrapping NBA Elite 11 and taking an extra year to work on the game, the series could make a strong comeback. As we later found out, NBA Live wasn’t being worked on that entire time, as the team had to be rebuilt with the move to EA Tiburon. This left a year to develop the game, as usual.

In turn, NBA Live was still playing catch up, as that one year development cycle made it all but impossible to achieve a quantum leap forward. Naturally, this had a lasting impact on NBA Live’s attempts to rebuild during the PlayStation 4/Xbox One generation, as well as our perception and expectations for the series. NBA Live was now the game that so many gamers expected to be cancelled, right up until release. Previews were met with extreme scepticism at best and sneering scorn at worst. Pundits and gamers alike continued to delight in dumping on the series at every opportunity. Any optimism that remained after NBA Elite 11 was rapidly fading. 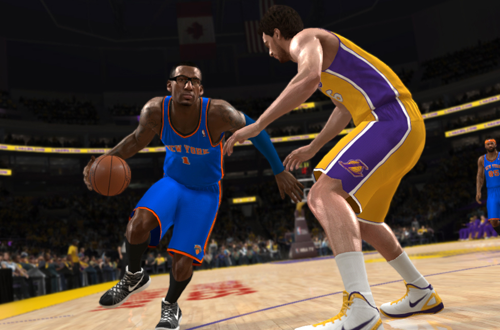 For my part, I learned to be more careful about letting optimism lead to advocating for a game when I didn’t have knowledge of what was going on. In between the release of the first look trailer and the announcement of NBA Live 13’s cancellation, I posted a bulletin acknowledging the rumours and mentioning some tidbits that seemed to hint at the game’s status. While I wasn’t technically incorrect in anything that I was saying, reading it again today, there’s an air of “Don’t worry guys, it’s all good!” when I didn’t know that for sure, and it clearly wasn’t. I had good intentions, but it was a lesson in being careful about reporting on such matters; another lasting impact of NBA Live 13.

It also made abundantly clear the red flags that we should pay attention to. You might say that these should’ve been obvious beforehand, but even if they were, NBA Live 13 made them impossible to ignore moving forward. Silence, especially after vague hints and previews, is one of the biggest concerns. It’s far more likely to indicate that something is wrong, not that they’re “just busy/hard at work”, or “waiting for the right time to share more information”. Delays are more likely to lead to cancellation, rather than much-needed polish. Pre-alpha footage does need to be taken with a grain of salt, but if it’s really rough, the one year development cycle won’t be long enough to fix it.

The NBA Live series has had some troubled entries, but we’ve sometimes pegged the wrong ones as being the most damaging. NBA Live 06 for Xbox 360 wasn’t as deep as it needed to be, but is actually quite solid despite being barebones. NBA Live 07 was a much bigger bust, causing considerably more damage to the series. NBA Elite 11 unquestionably tainted the brand, but coming off the heels of NBA Live 10, there was more optimism that the series could correct course and rebound. NBA Live 13 not only dampened that optimism with its shortcomings and cancellation, but took up a year of development and forced the team to start over, setting them back further. 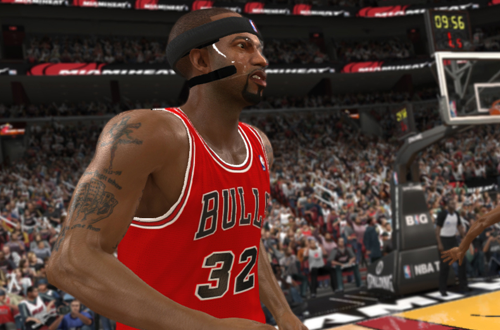 And yes, NBA Live 14, 15, 16, 18, and 19 falling short of expectations hasn’t helped either. However, their ability to get where they need to be was hampered by NBA Live 13’s failures; both in terms of their development, and the scrutiny that they’d be under. When a tentative 2017 season release was pushed back and morphed into a potential demo under the name “The Drive to NBA Live“, our experiences with NBA Live 13 led us to expect that nothing would be released, and that’s exactly what ended up happening. Even those of us who wanted NBA Live to succeed and saw the value in having competition in the space struggled to give the series the benefit of the doubt.

There’s a tantalising mystery to NBA Live 13, primarily because only a handful of people from the community had a chance to play it. Again, we can scrutinise the NBA Live games that came out on PS4 and X1, and even if one hasn’t ever played the full version of NBA Elite 11, the demo remains quite illuminating. We know the problems with other infamous releases, too. With NBA Live 13, we only know that it was so bad that EA pulled the plug after months of previews and creating genuine hype of a triumphant return. As much as NBA Live still has its advocates – and I’d certainly like to see it return – there hasn’t been the same level of anticipation and optimism since.

It’s a shame, because when you go back and look at those previews, it’s clear that the developers were passionate, and had some good ideas about getting the fundamentals right. We wanted to believe that NBA Elite 11 had simply been a misstep, and not a major setback that placed them back at square one. We wanted to believe that they could correct course with NBA Live 13, and that the progress made with NBA Live 10 hadn’t been squandered. In short, it didn’t turn out that way. The series struggled to make strides, promises were harder to believe, optimism waned, cynicism grew, and now NBA Live has been dormant for years. That’s the lasting impact of NBA Live 13.